Merry Christmas! What a joyous, happy time of the year!

Have you seen the Christmas movie, “ELF?” It’s a perennial favorite at our house  ~ featuring a happy-go-lucky, affectionate elf named Buddy. It’s about innocence, goodness, and Christmas cheer. It’s touching, heartwarming, and downright hilarious! Although Buddy is clearly not like the other elves, he’s very much a part of the family at the North Pole. Buddy’s been taught by his elfin father (Bob Newhart, so droll and funny in this role!)  to work as a mechanic on Santa’s sleigh. His life is one of great contentment, yet he knows that he’s not like the others…

Buddy (Will Ferrell) eventually discovers that he’s adopted and sets out to find his natural father. He makes the lonely, daunting journey to New York City to meet his family. 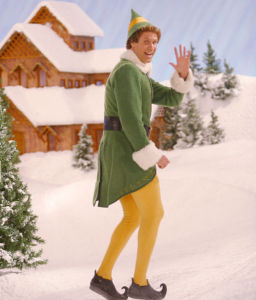 He sets off alone. Here’s Buddy’s description of the long and arduous trip: “I passed through the seven levels of the Candy Cane forest, through the sea of swirly twirly gum drops, and then I walked through the Lincoln Tunnel.” Wow! Quite an adventure!

Buddy eventually finds himself frolicking his way through a New York City department store, where he encounters the store’s “Santa.” This experience stops him in his tracks! Now remember, Buddy has lived at the North Pole with Santa his entire life. Therefore, he KNOWS Santa! He knows him better than most anyone around the world!

There’s a massive crowd of children, laughing and chattering in anticipation. But when Buddy the Elf sees Santa, he jubilantly exclaims,  “It’s SANTA! I KNOW him! I KNOW him! “ 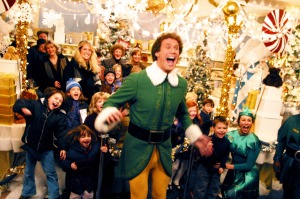 As I watch Buddy’s overjoyed reaction to seeing Santa, I can’t help but think of my own relationship with the Lord Jesus Christ. I KNOW Him! I KNOW Him! Shouldn’t that be the resounding song of my heart? The ever present fountain of joy, bubbling up from deep within my soul for all to see and hear?

Isn’t knowing the Christ of Christmas as personal Savior and Lord, the most exciting experience anyone could have? Absolutely! As Buddy is jumping up and down, clapping his hands and exclaiming over his relationship with Santa, so we should be experiencing the joy that comes from knowing Christ and sharing it with a sick and dying world!

The greatest relationship mankind can ever know is the gift of relationship with God, through the Lord Jesus Christ! That gift is available to anyone and everyone who simply says, “Yes,” to the Christ of Christmas. To anyone who is willing to repent of a sin-filled life and turn to Jesus, accepting Him as Savior. That gift is freely given by Him, though it was purchased at a price beyond measure ~ the death of Christ on the cross. Jesus made it possible for us to have a relationship with the God of the universe, Who loves us and wants to make us His own children. Yes, the God of the universe!

Are we joyously sharing this knowledge, overflowing with the joy of the Lord? We KNOW Him! Let’s shout it to the world, day in and day out! This world needs a relationship with Christ, and we are His ambassadors! 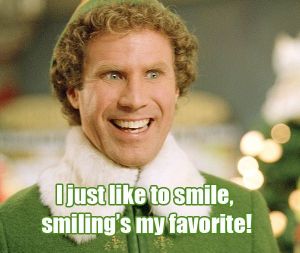