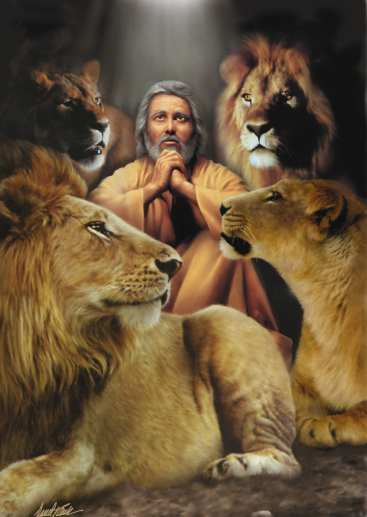 Daniel in the Lions’ Den

“In order to be successful, make living your life with absolute integrity and kindness your first priority in life.” Richard Carlson, Ph.D.

There’s a serious lack of personal integrity in our culture today.

Judging by what we see in America, we are suffering from a serious lack of this important character quality! While there are still many who follow correct moral and ethical principals, they’re often scorned by our society for their faithfulness to their beliefs!

Integrity refers to an individual’s moral and ethical decision making process ~ what you do “when nobody else is looking.” Integrity means that you adhere to a moral conviction, or code of honor, that won’t allow you to make certain decisions or take actions that you feel would cause you to compromise your core beliefs. It’s a glaring revelation of who you are deep down inside. It demonstrates sound moral character. 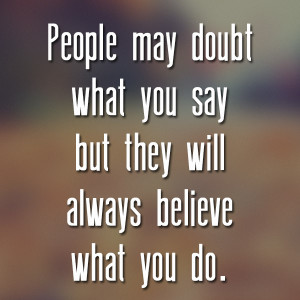 You don’t often hear this word used in the media, do you? It’s unusual to hear of a public figure’s integrity. We rarely hear of individual acts of integrity ~ except when we hear the story of a good samaritan who rendered aid in a crisis, or a heroic act performed by a fireman or policeman. But integrity’s a good word, an important word. It’s an essential character trait ~ essential to the survival of a nation or a culture. And in spite of the crooked path our nation seems to be following, integrity still matters. 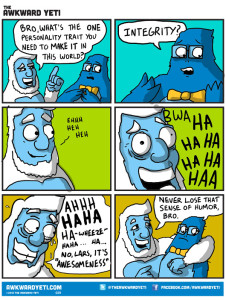 So you may be thinking, where can I look to see an example of integrity? Who would be a good role model to emulate? It’s true, many of us have been gifted with Christian families, where those around us pointed us to a life of integrity. We saw our parents and grandparents make life decisions on a daily basis that demonstrated their right values.

In my family of origin, Christian beliefs were the moral compass ~ the foundation ~ for decisions that were made. The Word of God was, and is, the Guidebook for the life choices that were made in our family, both then and now. In addition, many of us had a mentor ~ a teacher, a friend, who lived a life based on Christian principles and who shared his or her moral compass through example. 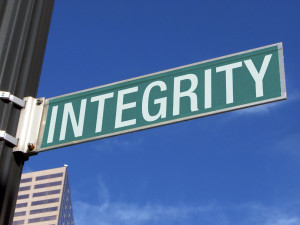 Looking at the Word of God, Daniel in the Old Testament is an excellent example of someone who stood true to God and to his personal convictions. He lived his life strongly committed to the principles of integrity based on His personal relationship with God. A Jewish prophet of great wisdom and faith, he was taken captive and removed to Babylon. Even in the face of persecution, he remained a devoted prophet of God who made every choice based on his relationship with God. (Daniel 1)

Many observed his steadfast faith in God and his habit of praying only to Him, and they eventually found a way to have him punished for this behavior. So Daniel, because of his faith and personal integrity, was placed in the lions’ den. (Daniel 6) In one of the most famous incidents in the Bible, he spent the night completely unharmed. He prayed and meditated all night in the company of ferocious animals who were completely at peace with him! 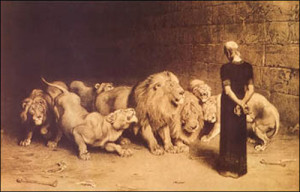 The fruits of Daniel’s personal integrity were, first of all, a calm mind and spirit in tune with God’s plan and purpose for his life. His life habit of following God with integrity allowed him to step into a death trap and walk out unharmed. Secondly, Daniel amazed the king, who feared for his death, when he walked out of there in perfect health. His words to the king:

“My God sent His angel and shut the lions’ mouths, so that they have not hurt me,” Daniel declared to the king!

Because Daniel maintained the integrity of his faith ~ even in the face of death ~ the king sent out a decree to all the peoples, nations, and languages that the GOD OF DANIEL was to be honored. (Daniel 6:18-28)  One person, faithfully making right choices based on his moral beliefs ~ regardless of the consequences, changed lives. You can do the same!

“Lord, help us to daily remember that as your ambassadors we are to live with integrity. Our daily choices must be based on what we know is right, what we know to be aligned with our heartfelt values as Christians. May we never forget that we serve a holy God Who has provided a clear moral compass for our daily use. And may we share Your great love with all around, as others see YOU manifested in us. Amen.”