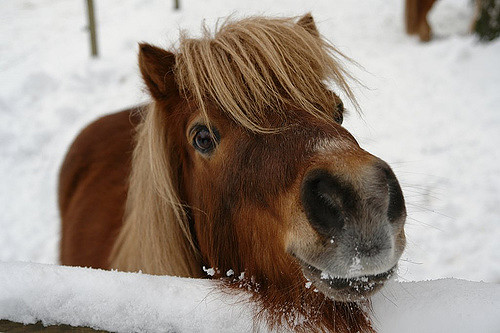 This is the true story of Jingles.

When my children were in grade school we lived in Western Canada ~ specifically Edmonton, Alberta ~ for a short time. We were on a beautiful grain farm outside the city limits. Because of our Canadian neighbor, our children were blessed to participate in Canadian Pony Club. Since we didn’t own any ponies, our youngest son rode a delightful Shetland pony, whom we borrowed. This Shetland pony was very unpredictable and very mischievous. Although general grooming and Pony Club chores were involved, Jingles was great fun for my son, and for the entire family!

Jingles had already retired from Pony Club once. He had been ridden by my neighbor’s daughter, and he was spending his golden years in the big pasture with the BIG horses. By that I mean he lived with the thoroughbreds and other adult Connemara ponies that belonged to my neighbor. They inhabited acres of beautiful pastureland and were all very happy together. Jingles had no problem with the big boys, and they treated him as one of the herd. 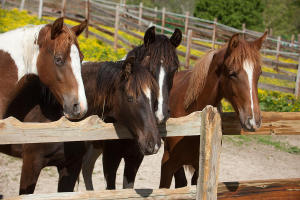 But when Jingles came to our pasture, he shared it with the mares, our gelding, and our colt. Our colt was about a year old, and he was very frisky. Unfortunately, he enjoyed nipping at Jingles. Oftentimes he would torment Jingles, chasing him around the large pasture in front of our home. More than once we discovered Jingles in our barn, with his head buried in a bale of alfalfa hay! I don’t know if that was an act of self-defense, of just an act of greed! Who wouldn’t enjoy a feast of alfalfa hay! Even I loved the smell of it!

One day, when we walked out to the pasture to feed the horses, Jingles had disappeared! We first checked the barn, since we’d found him in there more than once. But when we couldn’t find him there, we became alarmed. We decided to call our neighbor, who was an expert horse whisperer, to seek answers. She told us to hang on, because she had an idea that Jingles might have SOMEHOW escaped from our pasture, crossed the shared driveway to her farm, and gotten into the pasture with the BIG horses. He’d have gotten through TWO wooden fences to do so! 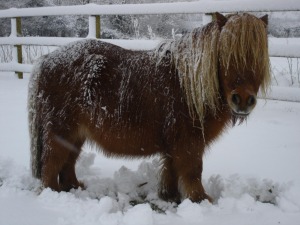 And guess what? She was right! Later that day she called to assure us he was perfectly fine.

And from that day on, we let Jingles stay with the BIG horses. We decided that if he was smart enough to escape and find a way to get back home, then he needed to stay there. We knew where he was when we needed him. He was just a little farther away.

And that’s the story of the pony who refused to be bulled! 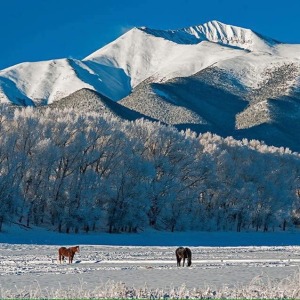