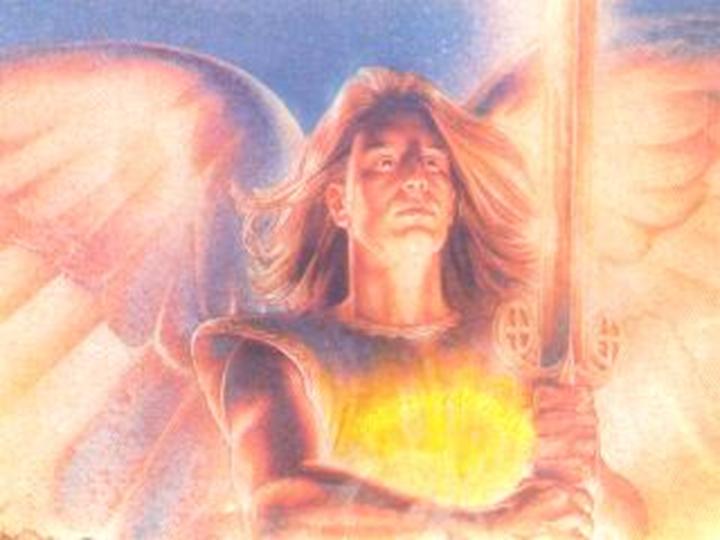 They are called “holy” in Mark 8:30, “elect” in 1 Timothy 5:21, in contrast with some of their original number, who sinned and left their proper habitation. (2 Peter 2:4, Jude 6). Angels are ALWAYS spoken of  in the masculine gender.

A Jewish friend once remarked to me, “My religion doesn’t believe in angels.” I was shocked to hear this, because her faith embraces the Word of God, like mine, and there’s ample presence of angels in both the Old and New Testament. They undoubtedly play a key role in our world, both now and in the future.  I’ve always believed that there were angels all around us. I’ve always believed in God’s watch care, His constant overseeing of our safety, His faithfulness in keeping us, and angels serving as His guardians in this process.

One evening, some months ago, I fell asleep with a fearful heart and mind. It was one of those days that involved watching too many news reports, hearing too many frightening details of unrest in our nation and world. (This is a bad habit I’ve finally broken!) As a believer, I rarely fall asleep without praying, but for some reason that evening was different. And I wrestled my pillow for hours, tossing and turning. 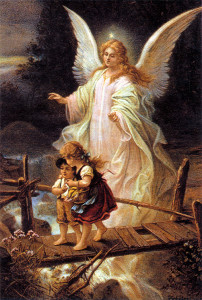 That night I dreamed about an angel. Not this gentle angel, guiding little children through the treacherous paths of life. Not the heavenly host that often comes to mind, praising God and announcing the Christ child.. This was a different kind of angel, and he was a warrior. He was very large ~ possibly twenty or thirty feet tall. (It’s hard to estimate these things in a dream, but let me just say he was BIG.) From his body emanated dazzling rays of light, as though he were the sun.  His feet were planted firmly, rooted in the ground beneath him. He stood very fast, holding a massive sword and wearing a golden breast plate that was so radiant, my eyes could hardly bear the fiery glow. In fact, he was so blazingly bright that I couldn’t envision his facial features at all. What stood out to me were his power and his readiness for battle. There was no question of his nature or his purpose. God impressed upon me that this angel was not only a warrior, but he was also a protector! MY protector!

There was no doubt in my mind that God’s messenger was there to demonstrate that “….if God be for us, who can be against us?” That He, the Creator of the universe, the Ancient of Days, the One who never lies, who never leaves us or forsakes us, is in control. That His angelic army, greater than any army a human could imagine, ever stands ready nearby to protect us. This is as certain in my mind as the sun that will rise tomorrow, because GOD has ordained it.

And when I awakened, that image ~ forged into my memory forever ~ stayed with me. Even today I can close my eyes and see this magnificent warrior standing ready to conquer. As Christians, we know this is a spiritual battle and that God has provided us with everything we need to conquer! As Christians, we know that the battle is the Lord’s. We know that whatever is happening around us, God will be the final VICTOR in today’s AND tomorrow’s battles. All we need to do is to trust Him and follow Him, believing His promises to us. And we, like my angel, must follow this directive:

Dear God, thank you for the assurance that you have provided heavenly warriors for my protection! Thank you for the reality of your watch care and your ever abiding love, which never fails. Thank you for reminding me that I have been given everything I need to be a conqueror through the Lord Jesus Christ! Amen.