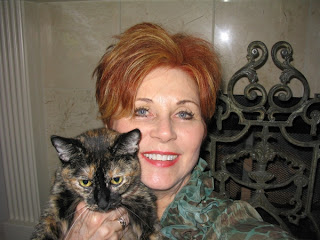 I’ve always envied those who have thick, beautiful eyelashes.  All my life I have suffered from a scarcity of eyelashes. My lashes aren’t just pale in color, they aren’t just sparse, they’re downright nonexistent. Mascara has always disagreed with me somehow. It forms little sticky specks that irritate me. I probably haven’t helped myself over the years by rubbing my eyes (allergies). Not only that, but I have a very bad habit of pulling my lashes when I’m nervous.  I know, I know, I really need to stop that.


When I was in high school I began lining my eyes heavily, out of desperation; but somehow it didn’t help that much.  I remember my girlfriend’s dad talking about our eye makeup: he said our eyes looked like “burnt holes in a bed sheet.” Didn’t matter to me, though. At least I felt like I was doing something to improve my serious lack of lashes. After all, a girl’s gotta do the best she can!
When I got into college (nursing school) I actually graduated to wearing false lashes. Yes, it’s true. Every morning ~ for years ~ before I went to class or clinicals, I would climb up on the bathroom counter and glue those babies on!  They looked pretty good to me and for awhile I felt quite pleased with my lash situation. However, there were issues with them; if they became wet for any reason they would come unglued on the ends and stick into my eyes. The worst scenario was that occasionally they’d come unglued and hang on my eye, causing great discomfort and embarrassment.  Sometimes I’d just have to peel them off. Without them my eyes continued to disappear into my face.
When my children came along, I could barely cope with life and simply stopped wearing make-up. I basically gave up on my pursuit of lashes and as time passed, I gave in to complete lash despair.
Eventually I heard about a process that involved glueing lashes onto your own. I thought this was a great idea! So I went to a somewhat shady salon and spent several hours having this procedure done. Wow! I was so happy with my new lashes! But sadly, I soon discovered that some of them were glued in such a way that they actually stuck into my eyes!  What a miserable few hours until I pulled most of them out. What a waste of money! That was the lowest point of my search for lashes. Again, I just went back to heavy eyeliner and mascara.  Eventually, thanks to new technology, I mercifully discovered the new product that grows your own lashes out and makes them nice and long. However, this product was QUITE expensive and eventually was taken off the market.  Again I was heartbroken…Later I did find something similar for a lesser price that gives me some serviceable lashes..That’s the product I’m using today.
My search for lashes will be a lifelong one, I know. I’d try that new costly prescription lash enhancer, but at that price I could probably afford a new car instead.
I’ve shared all of this with you JUST IN CASE you have a suggestion for me. I’m always open. In the meantime, I guess I’ll go shop for mascara..I can’t decide whether to use the kind that makes lashes longer ~ or the kind that makes them thicker. Either way, I simply can’t win. The search continues.